Bakul Rani was only 13 when she was married off to a man who was 7 years older. At 15, after a very long and arduous labour, she gave birth to her daughter Asha Moni. Asha Moni didn’t let herself be heard for the first two days. It wasn’t until her parents went with her to the doctor who gave her an injection that she started crying.

A few months later, they and their in-laws were forced to leave for Dhaka. The rivers had not given fish for a year, and because father-in-law was a fisherman, they saw their income dwindle away. They sold their house and land in the hope of a better future in Dhaka, where they ended up in a 5 square metre cottage in Badda slum. Apart from some pots and pans, they only own a plastic tarp, which serves as a bed on the porch of their in-laws’ house. Bakul Rani works as a housekeeper in two middle-class families while her husband found work as assistant at a barbershop. Because their daughter did not develop well, they went with her to see a doctor. It appeared that Asha Moni was severely disabled due to a lack of oxygen during and after childbirth. With this diagnosis they arrived at the Amar Joti day centre in Badda. In addition to spastic paralysis, it seemed that Asha Moni was blind and deaf. The little girl didn’t respond to anything.

Life is hard for Asha Moni and her mother

Bakul Rani confided in us that her life is hard, she is being exploited by the families she works for and by her in-laws. She’s tired all the time and she’s worried about her daughter. She is forced to entrust the care of her daughter to her nine-year-old sister-in-law. She feeds her and takes her to the early care group every morning. There she receives physiotherapy treatment and support to develop herself further. The support is good for little Asha Moni, she now responds to stimuli and sounds in her environment. Her daughter’s improvement brings a little, cautious smile to Bakul Rani’s face.  Because of her hard life, she doesn’t know how to show affection and love. Fortunately, Asha Moni gets this love from her father and grandmother.

Also read the story of Ria

With your support (23 euro a month) we can provide Asha Moni the care she daily needs. 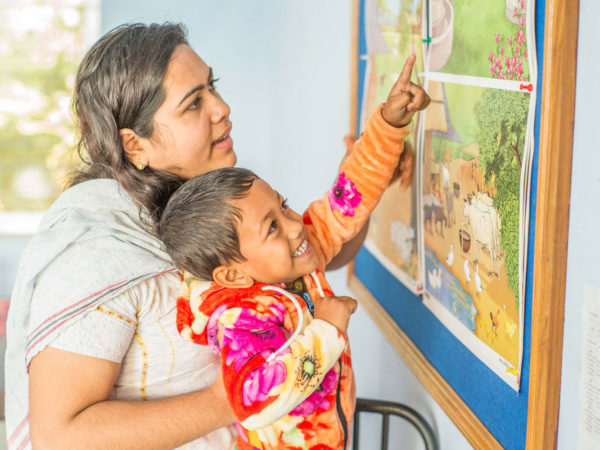 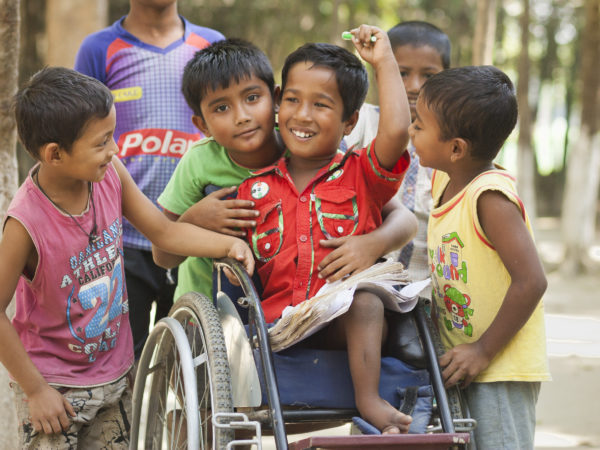 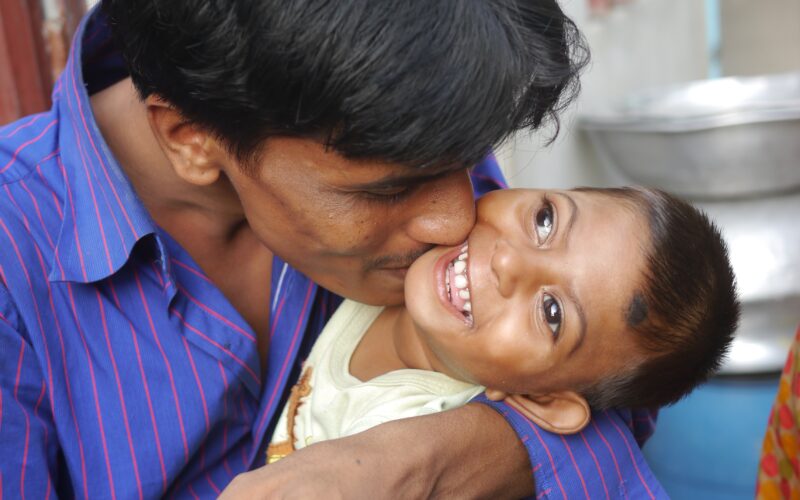