Ria came as an undernourished eight-month baby in the early care and education group. She had no head balance yet, could not roll over and hardly reacted to the people around her.

Her young mother herself barely 16, had no idea how to take care of her daughter. She shared her worries and heard nice stories from other parents who had experienced the same thing. She convinced her husband and became a regular visitor to the early care and education program.

Ria is now four, she can walk with support, has learned to talk and bombard everyone with ‘why’ questions. She likes to play with her group members and can now also stay in a room without her mother. In the past year, Ria has learned to recognize colors and shapes and names family members and various fruit and vegetables.

Ria is no longer afraid of foreigners. She looks at everyone radiantly, again she successfully defeat a challenge.

Her mother has followed a sewing course and now she have her hands free she provide her family a small  income. Ria will go to a pre- school group from next year, hopefully she can join mainstream school with her sixth.

Support a child with a disability in Bangladesh, with just 23 euro a month Ria can have a better future. 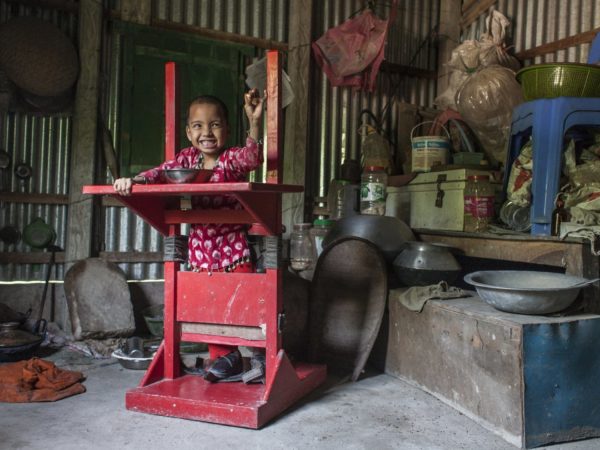 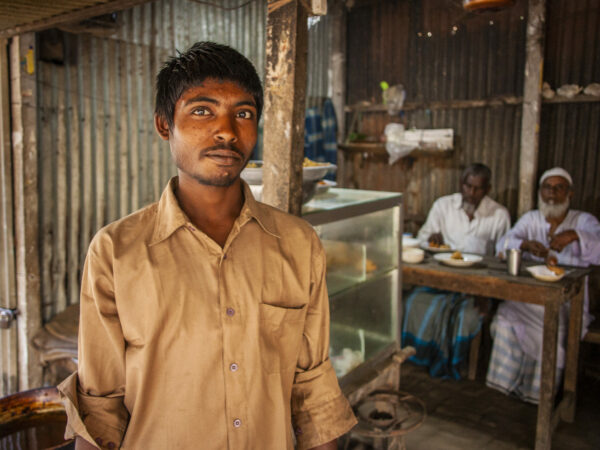 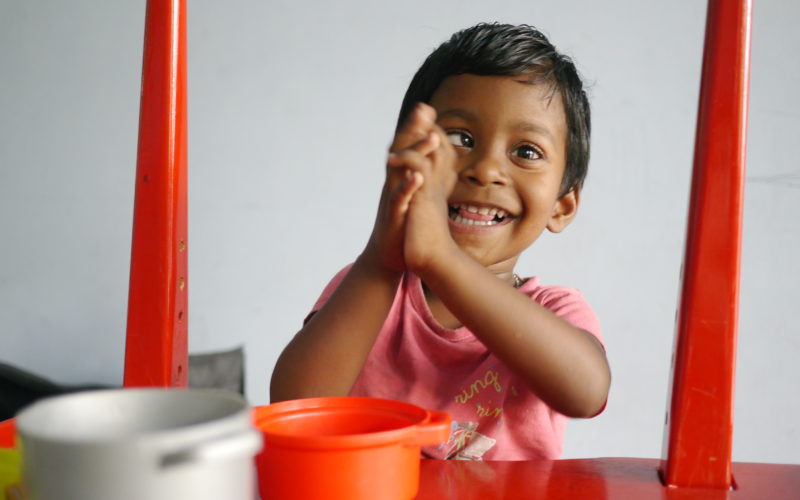