Tanjin is an introverted girl with a soft nature. She has an autism-related disorder and a developmental delay. At a young age, she was unable to express her feelings or communicate her needs to her parents.

Her parents loved her just the same, but were concerned about Tanjin’s development and the negative attitude of family and neighbors. When she was twelve years old, Tanjin went to a special needs school for the first time. It turned out that she was eager to learn and she began to express herself more and more, and tentatively made friends. Tanjin’s main interest lies in needlework and that’s why, at the age of fifteen, Tanjin moved on to vocational education at the Amar Joti School. There she learned to embroider, make bracelets and sew, but also gained social skills, the right attitude to work and a better understanding of herself. She is currently earning some money sewing the elastic straps to face masks, which the school sells to an NGO that markets them.

Tanjin is now able to look after herself. She’s becoming more independent by the day, dares to stand up for her rights and to follow her dreams for the future.

She wants to further improve her sewing skills and save up for a sewing machine of her own, so she can make clothes for her parents, sisters and neighbors. Her parents and teachers are incredibly proud of how Tanjin has developed. 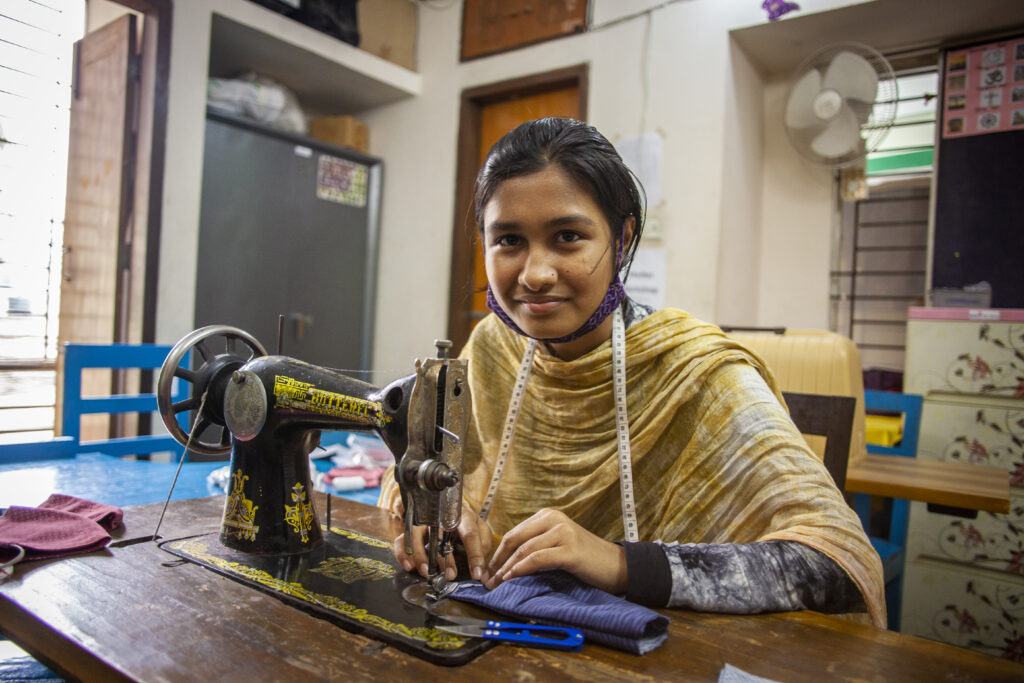 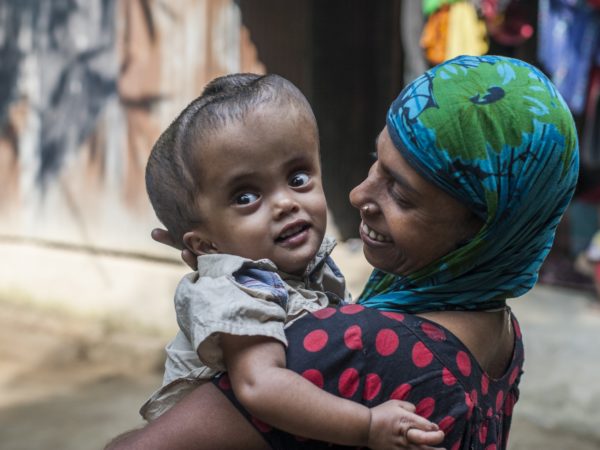 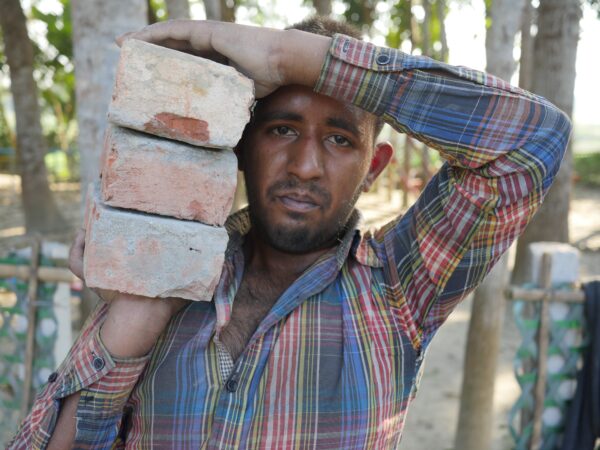 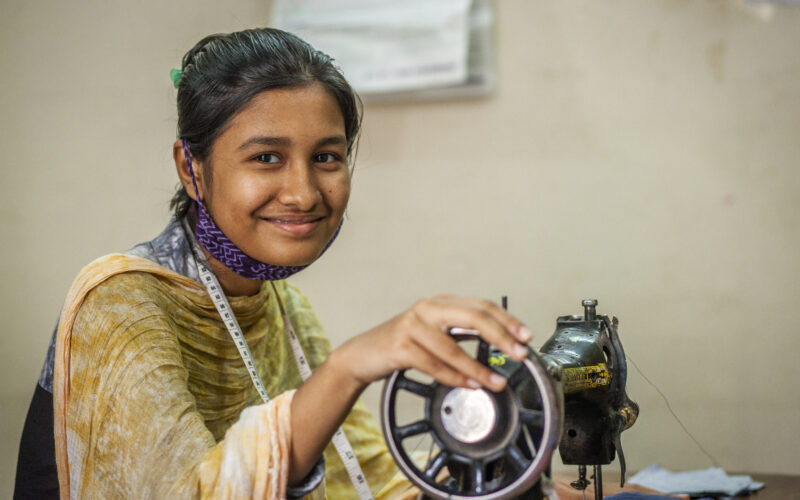