Rahim is 4 years, severe mentally disabled and left behind by his parents with his grandparents along with his sister Rahela of nine.

Rahim’s parents blamed each other for the limitations of their son and a year after his birth the couple separated and went their own way.

They both found a new partner, remarried but showed no interest in the children they left behind with the grandparents.
Both grandparents are sick and their age brings physical problems in taking care of Rahim. The little Rahela has to take care of her brother and her grandparents. The community worker and physiotherapist of Amar Joti support this special family. They advise how Rahim can best be fed, how they can change his diaper, encourage and carry him. They also have ensured that the grandparents receive an allowance from the government for both children. Thanks to the support of ‘ Amar Joti School’ life of this special family has become easier.

With 11 euro a month the physiotherapist can visit Rahim weekly. 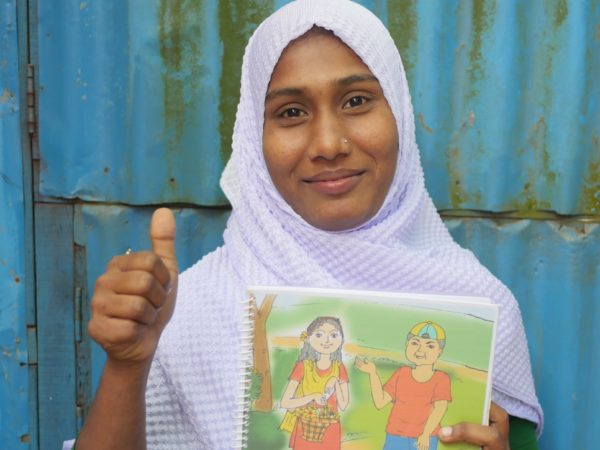 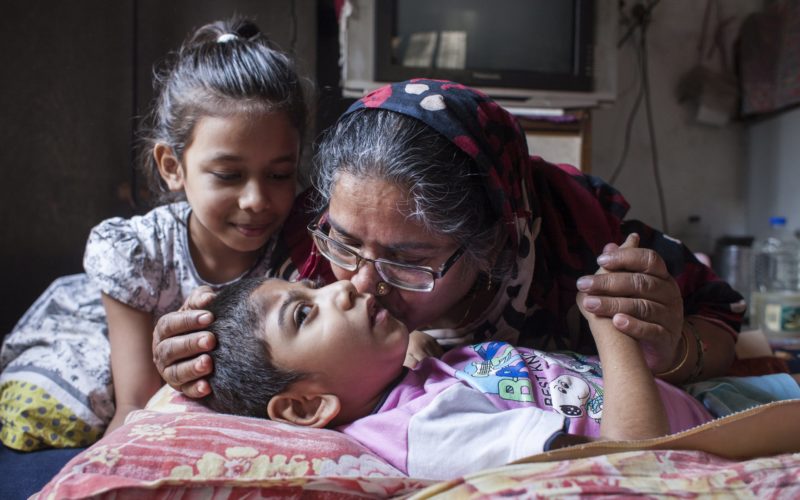