Al-Fatiha is role-playing with her therapist and mother. They’re making a curry for her father.

Al-Fatiha is five years old and she has a spastic paralysis causing her muscles to make uncontrolled movements. When she was three and a half years old, all she could do was cry, which filled her mother with despair. Al-Fatiha couldn’t do anything with her body but wanted to do so much. She also couldn’t communicate with her mother, which frustrated her enormously. In the early intervention program Al-Fatiha continued to cry, which only exacerbated the tension in her muscles. That’s why during the first few months it was important that she felt safe and started to trust the people around her. Slowly but surely she accepted therapy and also gained confidence in her own body. She is now able to sit up on her own, crawl to where she wants to go and walk with a walker. She has also learned to communicate using one-word phrases and signs. She’s learning preschool skills such as recognizing colors and objects, and is enjoying everything around her. Al-Fatiha has swapped her tears for a big smile, which nobody can resist. 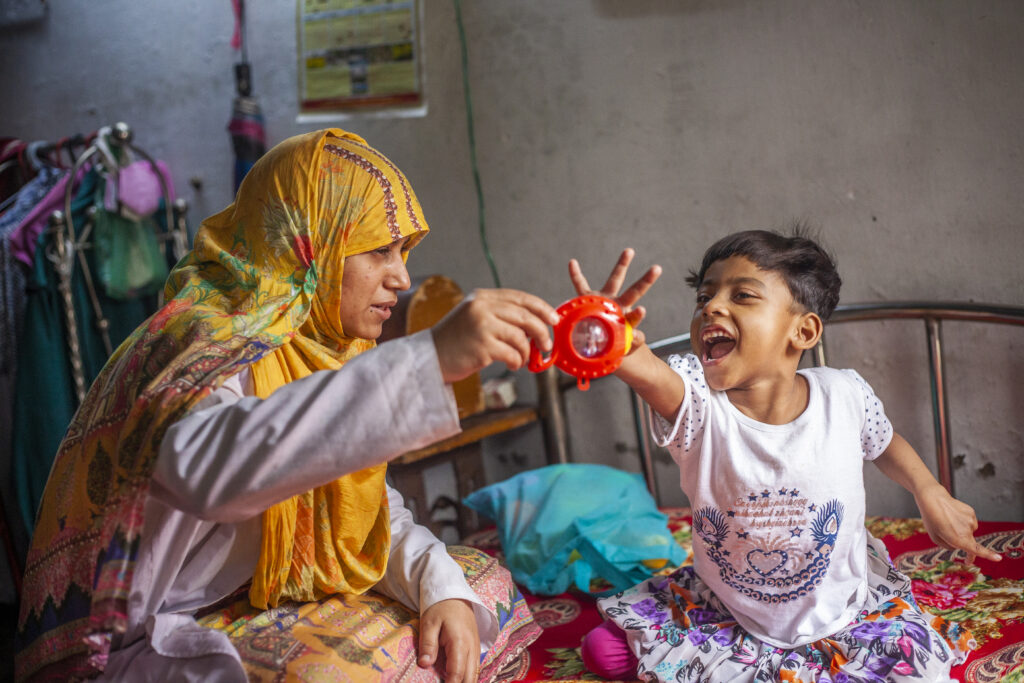 Also read the story of Moriom

Please help Al-Fatiha to get a better future, with just 23 euro a month. 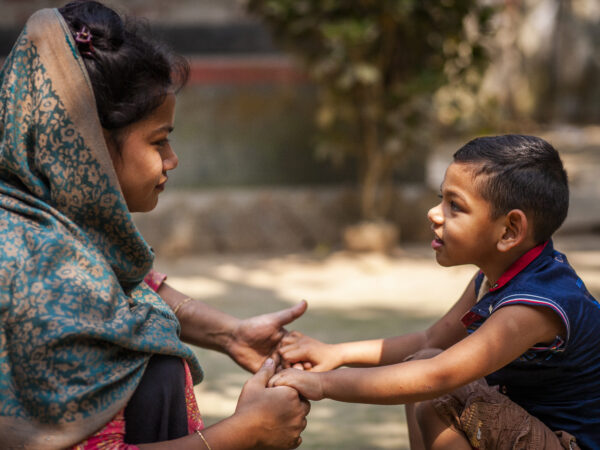 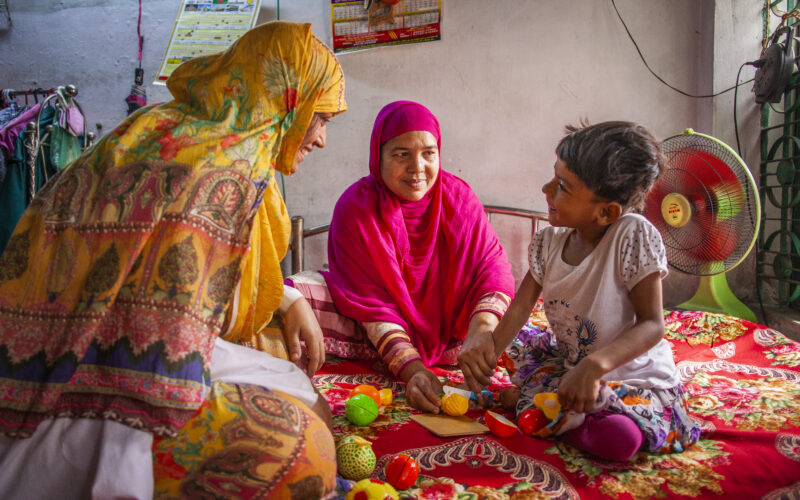